Bangs Garcia Is Having Another Baby Girl!

Every pregnancy is different, and usually the first is a stark contrast from the second. That's how second-time preggo LJ Reyes summarizes it. She's not complaining at all, though. She's taking it easy and enjoying every minute of this amazing milestone.

At the recent launch of the I-Angel Hip Carrier at the Parenting Emporium, Smartparenting.com.ph caught up with the celebrity mom to chat how she's managing her second pregnancy.

"It's very different from my first one," she says, referring to when she was pregnant with son Aki eight years ago. "Siguro kasi I was much younger then," the mompreneur behind the businesses MApp.ph and Wonder Jane said. "I think parang mas tired yung feeling ko ngayon compared to before. Kaya siguro umasa ako na feeling ko girl ito," LJadded.

LJ Reyes Gets Sentimental, Tells Son Aki: 'I Know You Will be a Good Kuya'

LJ's preggo instinct was right. She and long-time partner Paolo Contis are expecting a baby girl next year in January, and they are both excited. Even Aki, who initially wished for a brother, quickly had a change of heart after the gender reveal.

Twinkle, twinkle little star, how we wonder what you are?ðŸŒŸ will it be a baby brother or a baby sister for Aki?ðŸ˜¬ click the link in bio to know!!!!â¤ï¸â¤ï¸â¤ï¸ (swipe left to for few photos!) #BabyContis2019

At the time of the interview, LJ was only 24 weeks along, into her sixth month of pregnancy with no cravings (yet), so she's concentrating on eating healthy. However, she still has bouts of morning sickness.

"Before, with Aki, yung morning sickness ko was until around four months [and] was really heavy. Talagang kahit anong kainin ko, I would vomit it out," LJ shared. "This time naman, hindi ganun ka-grabe," she added, though it has persisted longer. "Mas pasulpot-sulpot na lang; hindi every day," she added.

She added that her balakang isn't like it was before. The soon-to-be mom of two needs to wear a belly band to support her growing tummy. "Unlike before sumasayaw pa ako when Aki was still in my tummy," she added.

LJ's second pregnancy has proven to be much more delicate than her first. "This time kasi we had a fear na breech si baby," LJ revealed, though it's still early into the pregnancy to tell. There's also still plenty of time for the baby to change positions. "And I had low-lying placenta, but it's getting better," she added.

A Doula Explains Why Eating the Placenta Is Beneficial to Moms

Jennica and Alwyn Share Drink Made From Newborn Daughter's Placenta

"I can't work out because of the low-lying placenta. I have to wait for it to go up (change position)," LJ said. "I have to slow down kasi I'm really an active person. I have to slow down kahit na meron akong mga gustong gawin. It was very different when I was pregnant with Aki kasi talagang active ako noon," she added.

True love’s kiss!â¤ï¸ you made me a strong woman, my love! I owe that to you! Isa lang pakiusap ni mommy.... please don’t grow up too fast! Please give mommy time to cherish each moment with you! Every “harutan” and “kiliti time”. Every “lambing time”. All I can say is thank you, Aki! Thank you God for this childâ¤ï¸ (emotional ata talaga ako ngayon, but I just really want to express this. Parents take your time with your kids. Take as much as you can! Time flies! And when it flies, it flies fast!!!ðŸ˜­ðŸ˜­ðŸ˜­) looking forward to making more memories with you my love!â¤ï¸

"Syempre I really want to give birth the normal way, kasi ganun rin si Aki," LJ said. She's so excited to have a baby girl that she already has a name for her.

"It's the name that I've been wanting to give to my child," she said, adding it would have been the name she gave Aki had he turned out to be a girl. We'd need to wait, though, to find out her baby girl's name. Of course, dad Paolo needs to say yes to it, too.

This One Simple Trick Will Make You Look More Youthful

How Your Child Benefits When You Give Her a Scare (It's Fun, Too!)
ADVERTISEMENT - CONTINUE READING BELOW

How To Grow Vegetables in A Small Home 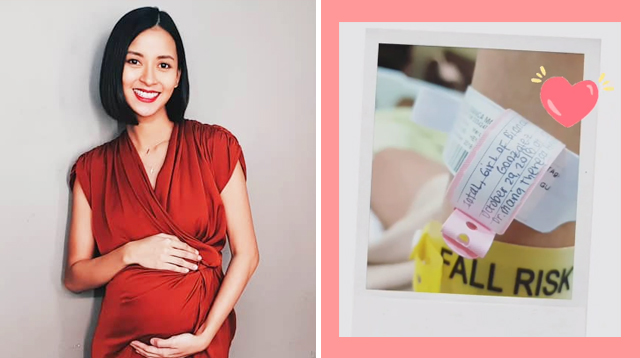 JUST IN: Bianca Gonzalez-Intal Has Given Birth to New Baby Girl! 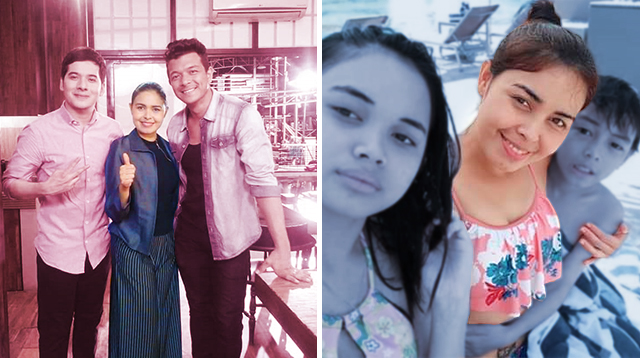 This Mom Has Many Jobs Including Playing an 'Extra' in Popular Teleseryes! Does her face look familiar? She has been an extra in Ang Probinsyano and Halik.
Share Read More